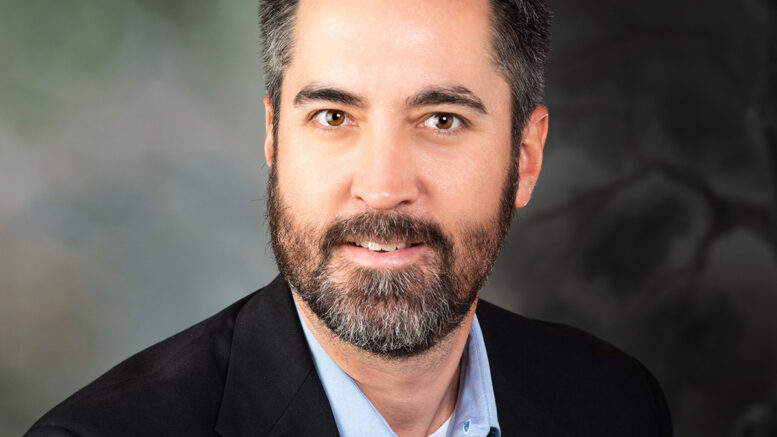 InterBank’s Board of Directors is pleased to announce the promotion of Brian Sterkel to Community Bank President of the Guthrie market.  Brian is a native of Guthrie and a 1995 Guthrie High Alum.  He graduated from St. Gregory’s University with a degree in communications and was a four-year letterman of the SGU golf team.

Brian served as a credit manager for a national corporation from 2001-2004 before beginning his banking career with InterBank in Oklahoma City as a mortgage lender.  Brian was promoted to the Commercial Lending department in 2007 and in 2011 he accepted a Commercial Lender position in Guthrie.

Brian is married to Nikki and they have two children, Anna and Caroline.  He is a member of the Guthrie Rotary Club and serves on the Board of Directors of the Central Oklahoma Camp and Conference Center and on the Logan County Excise/Equalization Board.

Keith Schwandt, Executive Vice-President of InterBank says “Having grown up in Guthrie, Brian’s roots run deep in the community and his knowledge of the local economy will serve him well in his new position.”