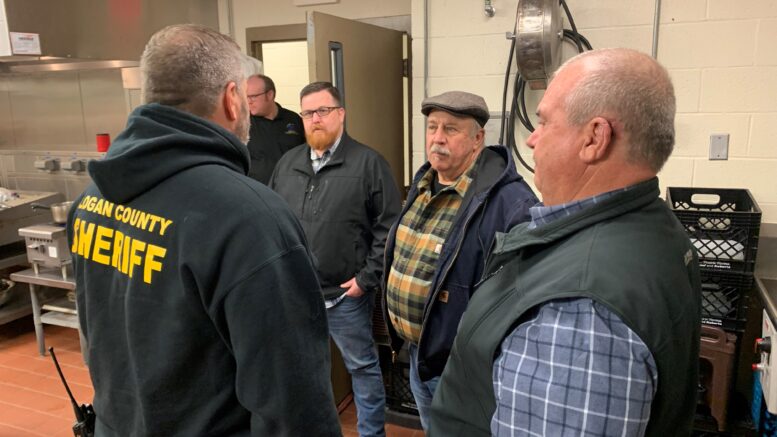 As with the first Logan County Board of County Commissioners meeting of the new year, commissioners got a look at the jail that has been opened now for 14 years.

The sheriff said they are currently housing between 160 and 165 inmates. He added the most the jail has housed since being sheriff is 215 and the lowest was between 125 and 130.

The capacity for the jail is set at 198, but additional space is available with temporary beds.

The jail currently holds federal inmates, but those numbers are half as what they once were, according to Devereaux.

Last week the BOCC approved a contract that would allow inmates from Canadian County be housed inside the Logan County Jail. Canadian County is currently using multiple jails across the state due to space limitations at their facility.

Devereaux says it currently cost the jail $37 a day to house one inmate. The jail receives $63 a day for each federal prisoner and would receive $41 a day for each Canadian County inmate.

Devereaux added with the rapid growth of Logan County (third fastest growing county in the state), that they need to start looking ahead in the next decade of adding onto the jail.

The original construction ($8.27 million) of the jail allowed for a later expansion of the facility.