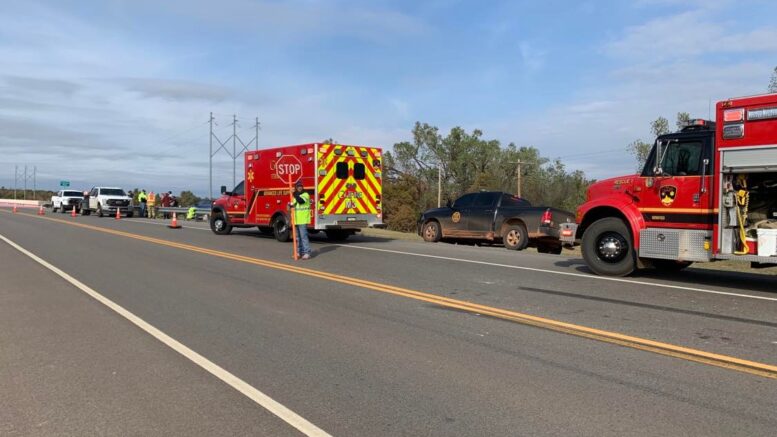 It was a close call for a construction worker on Monday afternoon.

A construction crew is making repairs to the Highway 77 Cimarron River bridge, which is located just north of Guthrie city limits.

A vehicle was stopped on the south side of the bridge by a construction crew member holding a stop sign. Coming from behind was a semi-truck.

The truck’s brakes reportedly locked up and started to skid on the roadway.

With the truck fast approaching, the vehicle moved to the right to avoid impact. At the same time, the worker also moved away to dodge impact.

The worker was able to avoid both vehicles but suffered injuries from his fall down the hill off the roadway.

Guthrie EMS, Logan County Sheriff’s Office and Oklahoma Highway Patrol responded to the scene. The worker was treated at the scene and refused a medical transport.

Be the first to comment on "Construction worker avoids vehicle, semi-truck"