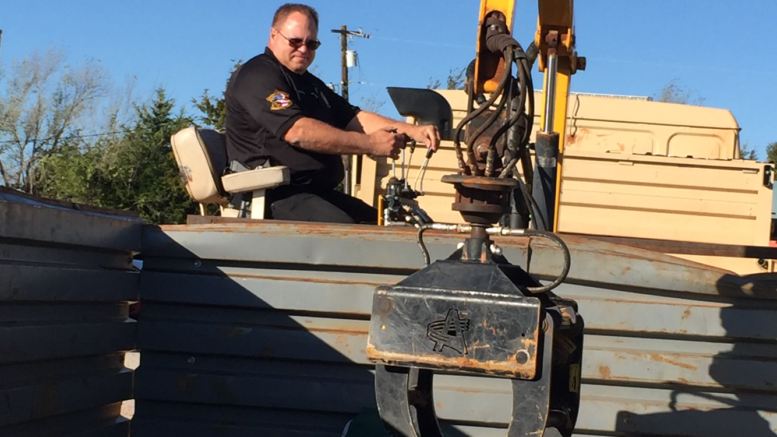 Beginning in late 2017, the sheriff’s office has received a grant from the Oklahoma Department of Environmental Quality (DEQ) to investigate illegal dumping operations and cooperating with multiple agencies for the cleanup of those illegal dump sites. Related article: LCSO removes household furniture from water underneath popular bridge

Along with his environmental duties, the deputy provides firearms training and is a member of the Special Response Team (SRT).

Since the inception of the environmental program, Hudgins has worked nearly 300 dump sites and through the process has collected over 600 tires and 103,430 pounds of trash.

In 2019, a man pleaded guilty to illegal dumping. Part of the plea agreement, the man was assigned to perform community service with Hudgins cleaning up litter and dump sites.

With his large military truck and trailer, Hudgins has assisted DEQ with their investigations. County commissioners have also been benefited with assistance of downed trees in roadways following weather events.

Anyone caught dumping illegally could face fines ranging from $200-$5000 in addition to jail time or community service. Hazardous materials dumped could result in felony charges being filed against offenders.

Be the first to comment on "Deputy collects over 100,000 pounds of trash in Logan County"