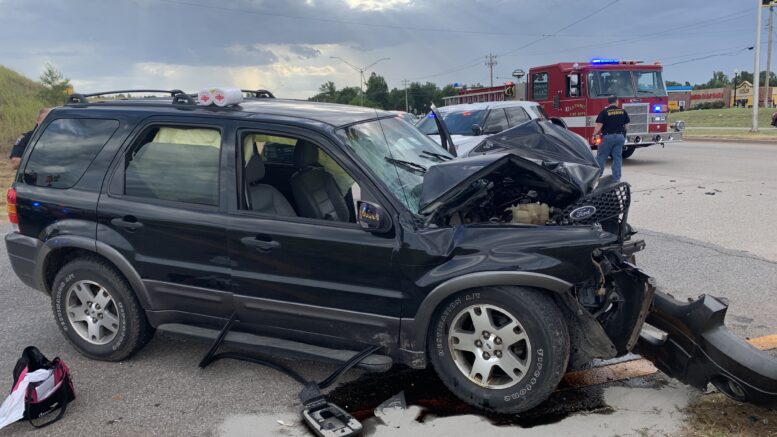 Emergency crews responded to Highway 33 at Interstate 35 for a black SUV versus a semi-truck just before 9 a.m.

The SUV was found with heavy front-end damage with all airbags deployed inside. Two people were able to get out of the vehicle, but a passenger was found unconscious.

A helicopter was placed on standby but was canceled as the victim was transported to OU Medical Center by Guthrie EMS.

The truck driver complained of minor injuries and was treated at the scene.

According to multiple witnesses, the black SUV sped through a red light and smashed into the truck, which was attempting to gain access to the northbound I-35 on-ramp with a flashing yellow turn signal.

The Guthrie Police Department continues to investigate the crash.

Traffic was able to move at the busy intersection with officers directing traffic until the scene was cleared.