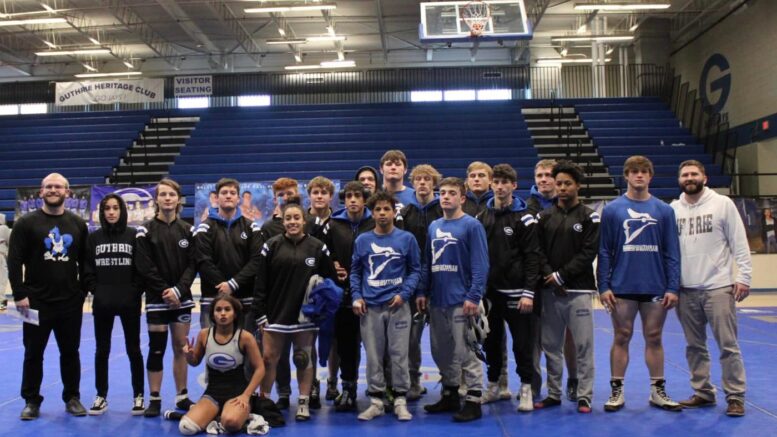 The Guthrie High School wrestling program had qualified for Dual State twice in 27 years. After Thursday’s dominating performance, the Bluejays are going to State in back-to-back years.

The Jays picked up dual wins over Piedmont, McGuinness and John Marshall inside the GHS gymnasium to qualify for Dual State to be held next month in February.

With the district championship, Guthrie will make their fourth ever trip to Dual State.

Last year marked just the third time in 28 years of qualifying for the last dual meet of the season.

In the first dual of the day, the Jays defeated Piedmont 48-26. Next, it was an 82-0 breeze over McGuinness and a 78-4 win over John Marshall to be crowned district champions.

It is unknown at the current time who the Jays will wrestle in the opening round. The eight teams will be seeded in early February.

In the latest rankings this week, Guthrie holds the No. 9 spot with three west side teams ahead of them with El Reno (second), Duncan (fourth) and Elgin (fifth). Collinsville is the top ranked team once again.

The Class 5A quarterfinals will begin at 2 p.m. on Friday. The semifinals on Saturday are set to begin at noon and the finals at 6:30 p.m.