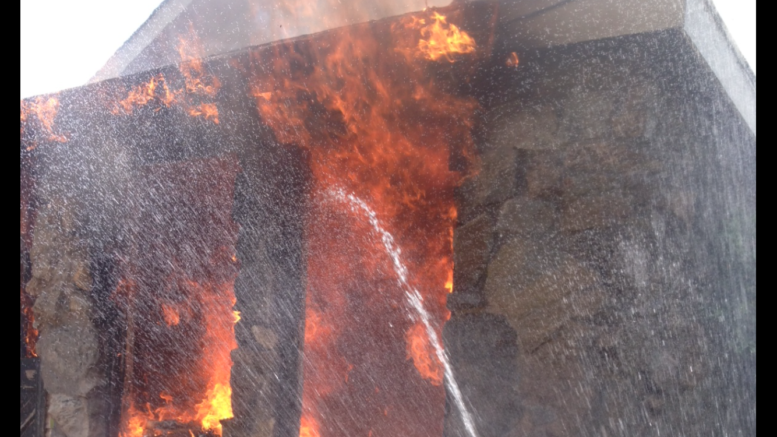 Fire departments from Coyle and Guthrie worked together to put out a house fire on Wednesday afternoon.

Fire crews responded to 601 S. Asp in Coyle just after 2 p.m. Firefighters were alerted by a former firefighter, who was working in the area when he noticed smoke coming from the home.

Before firefighters arrived, citizens attempted to put the fire out, but was unable to contain the blaze.

The home was being remodeled at the time of the fire.

Firefighters were able to keep the fire confined to the back of the house by cutting a hole in the roof. However, the home suffered smoke damage throughout.

It’s uncertain what started the blaze.

Be the first to comment on "House being remodeled catches fire"