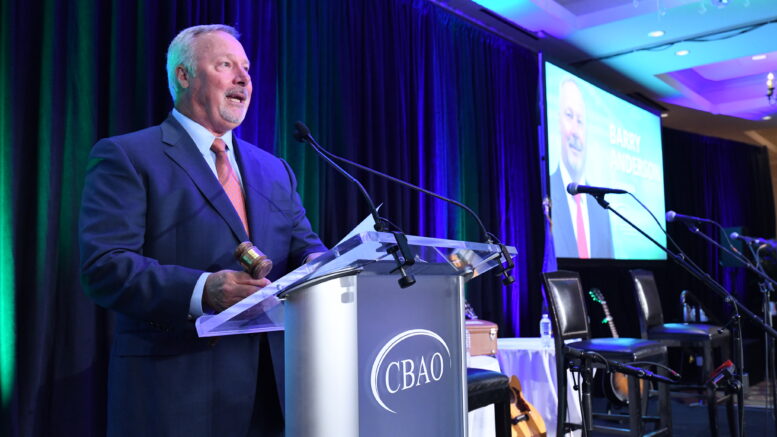 Barry Anderson, President and COO, of F&M Bank in Guthrie was installed as Chairman of the Community Bankers Association of Oklahoma (CBAO) for 2021/2022. Barry accepted the Chairman’s gavel from outgoing Chairman Chris Jordan at the annual CBAO convention held at the Skirvin Hilton Hotel in Oklahoma City September 8-10.

The Community Bankers Association of Oklahoma (CBAO) was formed forty-seven years ago for the purpose of addressing legislative issues that were different or conflicting with large out-of-state financial institutions.

CBAO is the strategic partner in Oklahoma with ICBA and it works closely with the other state community banking associations of the nation.  CBAO has only one mission, community banks!