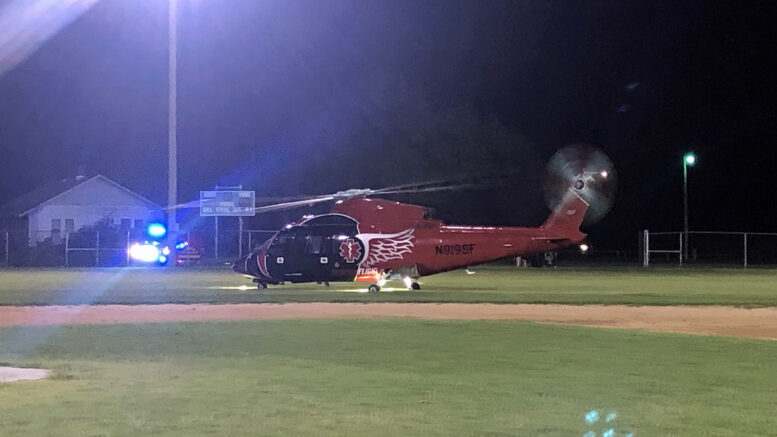 A domestic dispute left one person stabbed multiple times. The suspect is still on the run and the victim was later arrested at a Oklahoma City hospital.

Emergency personnel responded late Monday evening to the 100 block of Iowa St. in Coyle for a person who had been stabbed three times.

Responders found the 28-year-old victim and transported him to the school’s baseball field to the medical helicopter.

Despite leads, law enforcement agencies were unable to locate the female suspect. However, officials know who they are searching for.

Earlier in the day, a Logan County deputy had responded to the same home for a domestic disturbance.

In the early morning hours on Tuesday, the victim was discharged from the hospital. However, he was later taken into custody by Oklahoma City officers after becoming combative inside the hospital.

Online records show the victim pleaded guilty less than three months ago in Logan County for assault and battery on a police officer.

Be the first to comment on "Man stabbed, airlifted to hospital; later arrested"