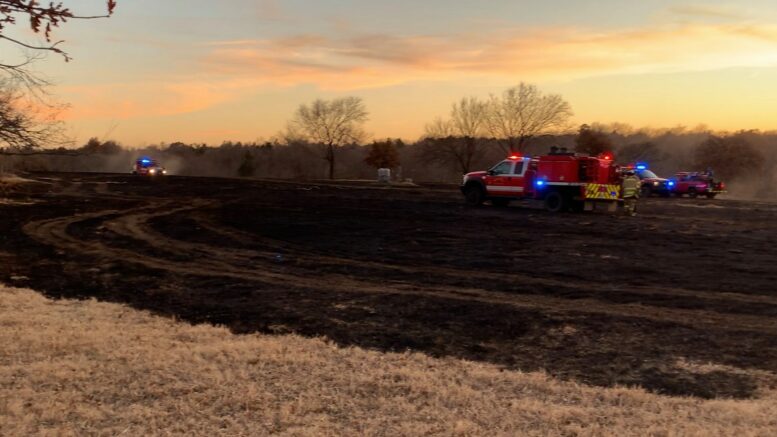 A man was taken into police custody Tuesday evening following a grass fire that caused property damage near the city limits of Guthrie.

Just after 3 p.m., the Guthrie Fire Department responded to the fire and was met with heavy smoke.

The fire was sparked by an individual burning in a barrel in the 1300 block of Chestnut. The male subject was taken into custody on suspicion of third degree arson.

The fire burned a total of 25 acres up to Arthur Ave.

Destroyed in the fire was one vehicle, several round hay bales, a fence and a water line.

Homes, structures and cattle were endangered, but firefighters were able to extinguish the flames before any further damage.

Pine St. was closed for several minutes by law enforcement to allow fire trucks access to the flames.

Firefighters left the scene at 5:32 p.m.