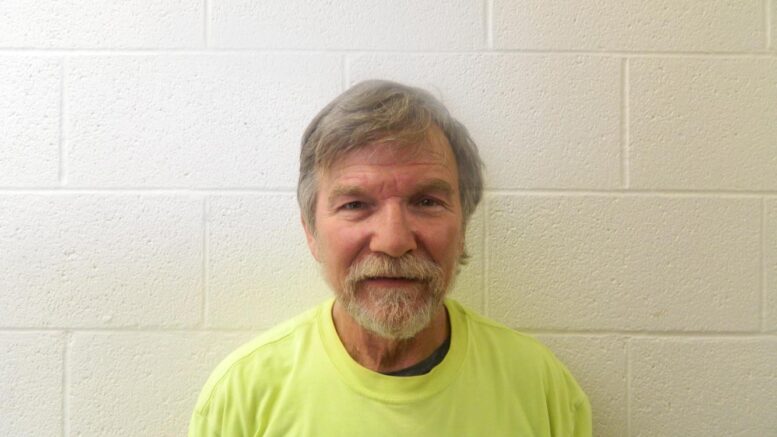 A missing man from Logan County has been found. Now, he’s behind bars.

In late January, the Logan County Sheriff’s Office responded to a RV park on Coltrane Road just north of Waterloo Road for a welfare check. Upon arrival, no one was found inside the residence, but as deputies made their way inside it appeared foul play could be involved with the case.

The following day, LCSO asked the public for assistance in finding Joseph Warren West, whose ankle monitor was found to be cut off and left behind inside the home. Related article: Missing person identified; foul play may be involved

On February 8, LCSO was contacted by the Arkansas Highway Patrol, who had West stopped on a traffic violation in Van Buren, Ark.

West was arrested for traffic violations as well as a warrant filed by Logan County for failure to register as a sex offender.

On February 10, West was transported back to Logan County where he is currently being held.

Deputies say the investigation is ongoing.