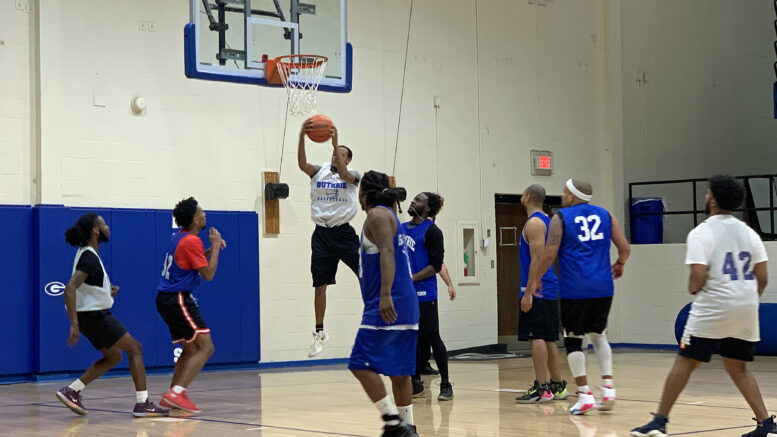 Despite a noticeable difference in age, the Odds took down the Evens Thursday night inside the Guthrie High School gymnasium for the annual Alumni Game.

With one of the best turnouts with both players and fans, the fundraiser for the boys GHS basketball program was a great success as the odds cruised to a 131-93 win.

Each year the two teams are divided up by the players graduation year.

The Odds were led in scoring by Keonta Golston, L’liott Curry and Keaton Callins. In addition, Golston claimed bragging rights as he walked away the winner of the halftime three-point contest.

The game featured two slam dunks from Chaunsey Dumas and Donte’ Foster. Although, Curry may claim a one-hand jam that can be debated as a dunk.