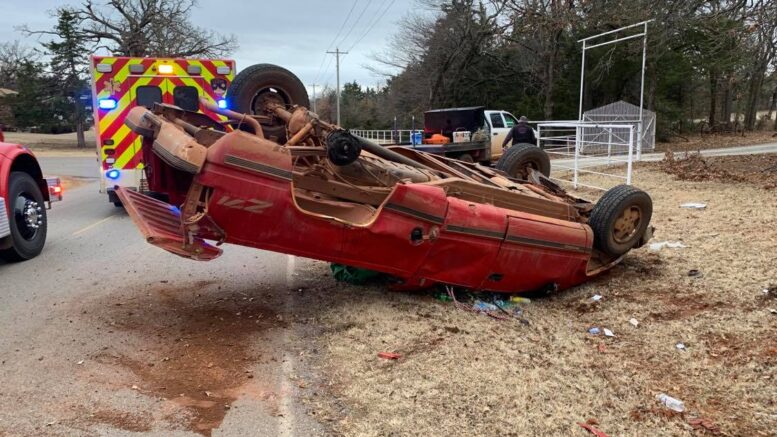 A man was transported to the hospital on Saturday afternoon following a one vehicle accident.

Guthrie EMS and police responded to the 2800 block of S. Pine at around 4:30 p.m. When they arrived, a man was found laying outside the truck surrounded by family members and witnesses.

While police continue to investigate the crash, the driver somehow lost control of his truck, went off the roadway, struck a utility pole and rolled the truck.

The impact left the truck on its top.

The truck’s red paint could be seen on the utility pole.

The victim, who was conscious and alert as paramedics tended to him, was transported to a Oklahoma City hospital.

The roadway was blocked for over a hour as crews worked the scene.

Be the first to comment on "Truck rolls over after striking pole on Pine St."