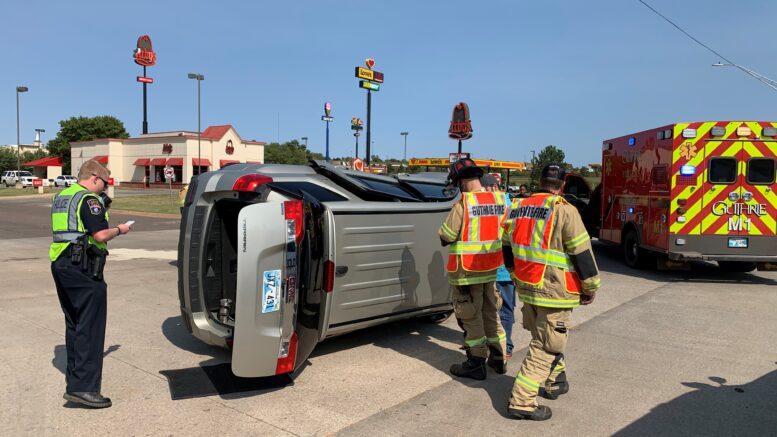 A driver leaving a Guthrie eatery failed to yield to oncoming traffic resulting in a rollover accident.

Just before 2:15 p.m. on Friday, an out-of-town driver attempted to pull onto Highway 33 from Braums, but appears did not see an oncoming Toyota Corolla.

The Corolla, which was driving eastbound on the highway, struck the GMC Terrain that pulled out into traffic. The Corolla smashed the driver’s side of the Terrain forcing it onto the passenger side.

There were no injuries reported inside either vehicle.

The scene was cleared off and fully-opened to traffic at 3 p.m.

Be the first to comment on "Video: Driver fails to yield in rollover accident"