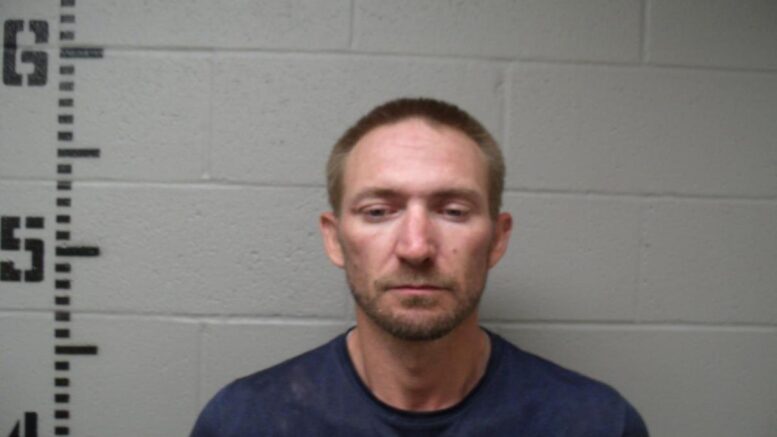 The family of the woman, who was attacked by a man on Friday evening, share some of the details of what had happened before the suspect barricaded himself inside her home.

Guthrie News Page was on the scene Friday evening in the 1300 block of E. Cleveland Ave. when multiple neighbors called 911 stating they saw a dispute between a man and a woman. The callers alerted police they saw the man swing at the woman with a hatchet. Afterward, the man ran inside a home and barricaded himself in an attic for four hours until police took him into custody.

Family members of the woman tell GNP that the encounter with the stranger happened in the backyard before moving to the front of the home and in front of witnesses.

“She first encountered him in her backyard holding some of her personal property, and she told him to leave her property,” the relative said.

At first the suspect, who has been identified as Jordan Peters, obeyed the command to leave but came back while the woman was in the front of the house speaking to a neighbor.

“He entered her back door and hid in her bedroom behind (the) curtains,” the relative said. “When she came back in and entered her bedroom, he appeared from behind the curtains with a hatchet and some kind of pickax.”

The woman then ran out of the home screaming for help as Peters was chasing her.

Currently, it’s unknown whether Peters has given a statement to police as to what prompted his actions, but the woman told her family that Peters stated, “He was going to kill her for all of the dead bodies in the basement.”

Peters, 37, was charged with three crimes, including assault with a dangerous weapon, first-degree burglary, and assault and battery upon a police officer.

He was given a $200,000 bond from a Logan County judge on Monday afternoon.

A gofundme account has been set up to help bring relief to the woman after her personal property had been damaged by the suspect during the standoff.

To bring the suspect into custody, law enforcement broke out a window and cut a hole in the home’s roof. Other damages were reported inside the home, including another hole in the roof where the suspect used a hammer and damaged the roof from the inside.

Be the first to comment on "Barricaded suspect identified; family shares additional details"