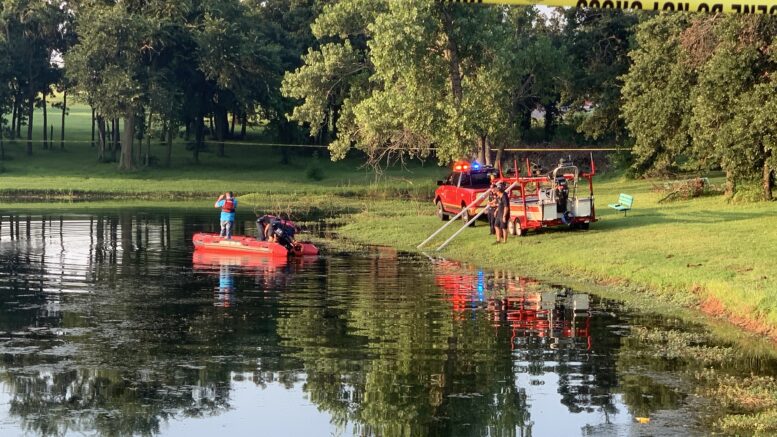 Update — The victim in the drowning has been identified as Levi Davis. The cause of the drowning was not immediately known by police officials.

Police, at this time, believe there is no foul play suspected with this morning’s recovery.

Authorities said the incdient was likely resulted by a drowning.

Investigators believe they know the identity of the recovered male, but are awaiting positive identification.

The body was recovered by the Guthrie Fire Department and transported by the Medical Examiner’s Office.

The scene was cleared shortly after 10 a.m.

A body was recovered from a local pond on Thursday morning.

There are not many details at this time.

The identity of the male victim was not confirmed at the scene.

Be the first to comment on "Body recovered from pond"