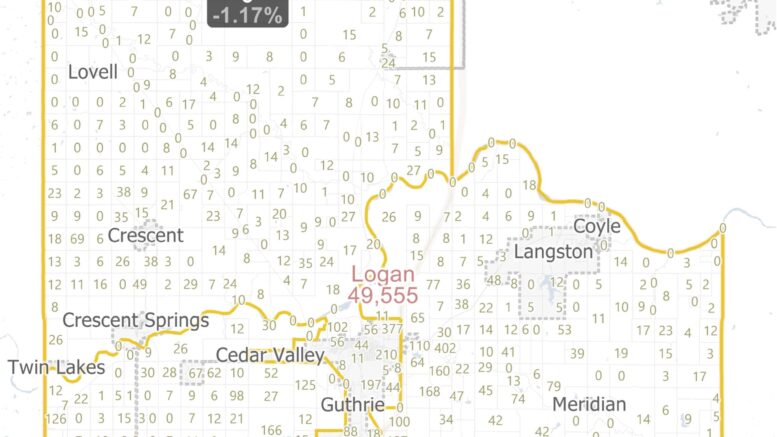 The Logan County Board of County Commissioners on Monday overwhelmingly approved new maps for the County’s three commissioner districts.

With the approval, the vast majority of county citizens will remain in the same district.

The county redraws its district boundaries based on U.S. Census Bureau data.

District 1 boundaries remain primarily in southwest Logan County, District 2 in northern and northwest and District 3 in the eastern and southeastern portion of the county.

The most noticeable changes have District 2 gaining additional citizens from District 3 in the eastern portion (I-35 north of the Cimmaron River) of the county.

“I will be getting rid of a lot of grading miles,” District 3 Commissioner Monty Piearcy said on Nov. 15 about moving out of eastern Logan County south of the river.

“I would be willing to take that,” District 2 Commissioner Kody Ellis said in response to Piearcy. “It puts us (District 2) up another 60 miles of grading.”