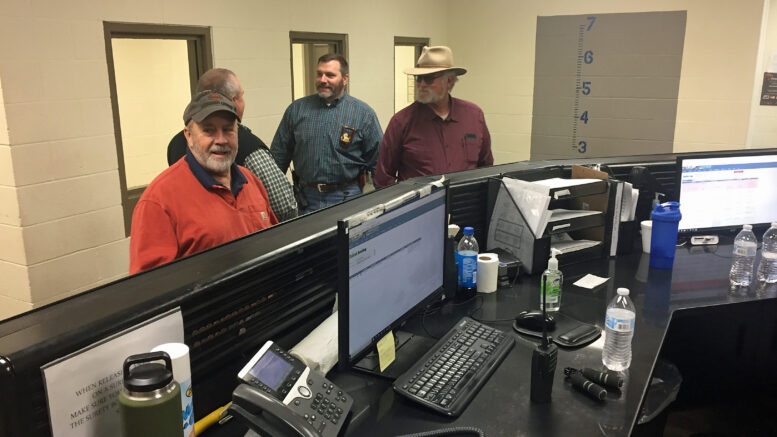 The Logan County Board of County Commissioners made their mandated inspection of the county jail during their Monday morning meeting.

Following the inspection tour of the 11-year-old facility, Piearcy stated the building looked to be in good condition.

“It was nice and clean. The sheriff has done a good job of keeping it up,” Piearcy said.

“I agree. There were no serious deficiencies,” Goodman said in response.

As of Monday morning, the jail held 160 prisoners, including 24 women.

After a brief discussion, Piearcy made a motion to name Goodman as the chairman of the board. It was seconded by Pearson and a 3-0 vote followed.

This will mark the second year in a row for Goodman to hold the title.

Pearson was named co-chairman with a 3-0 vote.