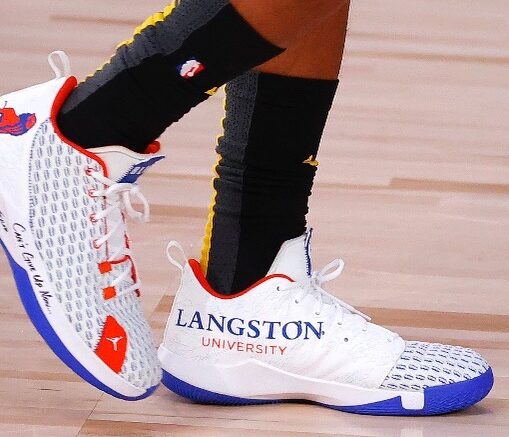 Oklahoma City Thunder’s Chris Paul showed off his Langston University spirit from head to toe prior to Wednesday’s game against the Miami Heat.

The Thunder’s media relations captured a photo of CP3 wearing a LU hat, shirt and shoes.

The all-star guard said he has been to a few activities on campus when he first came to play in Oklahoma City as a Hornet.

“I had an opportunity to go over there a few times when I was younger in my career,” Paul said. “I went to a few activities my rookie year and my second year when I played in Oklahoma. Big shoutout to Langston University.

On the court, CP3 showed off his new brand of playing shoes with “Langston” printed on the side.

In February, CP3 was also seen in Langston gear as he says is trying to bring awareness to Historically Black Colleges and Universities (HBCU).