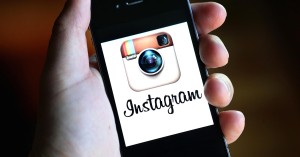 It took nine months for the photo-sharing app to rack up its latest 100 million users in which celebrities such as soccer star David Beckham and former athlete Caitlyn Jenner joined the service, Instagram said in a blog post on Tuesday.

Among the last 100 million to join, more than half live in Europe and Asia with Brazil, Japan and Indonesia adding the most Instagrammers. The app said 75 percent of its users live outside of the U.S.