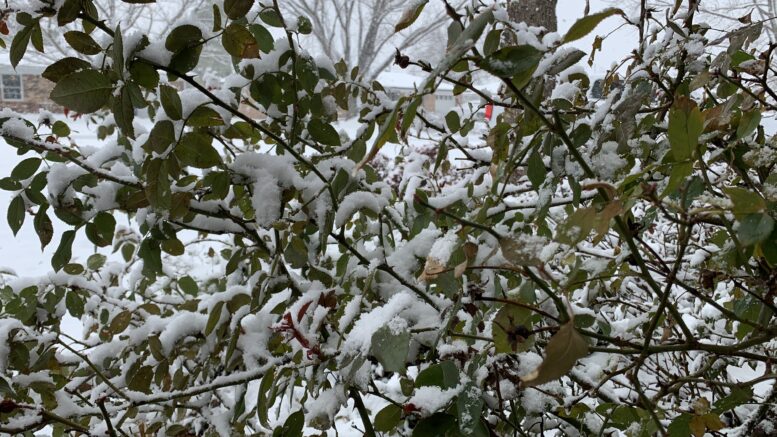 Governor Kevin Stitt announced today the federal government has approved the state’s request for disaster assistance for 13 counties, including Logan County, related to the ice storm that began on October 26.

The declaration delivers public assistance to municipalities, counties, tribes and rural electric cooperatives for debris removal, infrastructure repairs and other costs associated with responding to the storm.

“I am grateful to President Trump and his administration for getting this important assistance across the finish line to help Oklahomans,” said Gov. Stitt. “This funding will help us continue to recover from a historic winter storm.”

The multi-day storm system produced up to two inches of ice in some areas, left hundreds of thousands without power and caused millions of dollars in damages. In these 13 counties alone, the storm resulted in an estimated $27 million in debris removal and other damages.

Following the governor’s disaster declaration request last month, the state has continued to document damages and will submit a request to add 16 additional counties to the declaration. Counties that will be included in the add-on request are Alfalfa, Blaine, Comanche, Custer, Ellis, Garfield, Grant, Jackson, Kay, Lincoln, Major, McClain, Pawnee, Stephens, Tillman, and Washita.