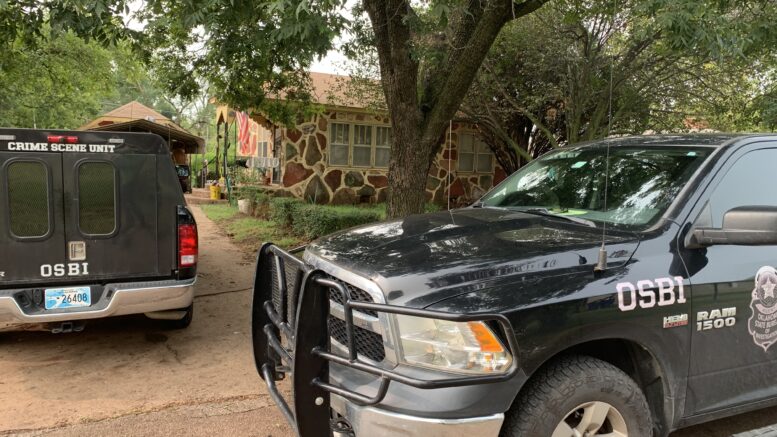 The Guthrie Police Department and Oklahoma State Bureau of Investigations are investigating after a fetus was buried near a Guthrie home.

Guthrie EMS was dispatched to 1811 E. Springer on Friday night at 11:27 p.m. for a female who was feeling sick and dizzy.

The female alerted medics that she had a miscarriage, but she was not clear on where the fetus was. GPD police and investigators were immediately called to the scene.

After questioning the female, police found the fetus buried and exhumed the body near the home. OSBI was later called to assist in the investigation.

Police officials tell Guthrie News Page the fetus appears to have been somewhere 15 to 17 weeks old, but are awaiting official word from the Medical Examiners Office.

Investigators where at the scene until 10 a.m. on Saturday.

Sgt. Anthony Gibbs says it’s uncertain at this time if charges will be filed as they continue to investigate the case.