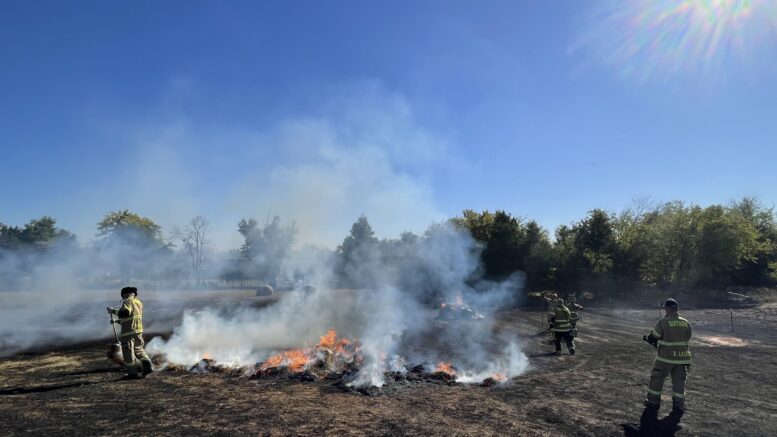 The Guthrie Fire Department quickly responded to a grass fire Monday afternoon. With a quick response, structures were protected from any danger.

The fire department was dispatched at 3 p.m. to the area of E. College Ave. and Interstate 35. A large amount of smoke could be seen from downtown.

After setting up a perimeter around homes, firefighters began extinguishing the flames.

The cause of the fire is believed to have been a swather, which is a farm implement that cuts hay or small grain crops.

Firefighters remained on the scene — for 90 minutes — to put out smoldering hay bales that were engulfed in the fire.

No structures were damaged and no injuries were reported at the scene.

Earlier in the day, the Board of County Commissioners reinstated a county-wide burn ban for Logan County due to the ongoing drought and weather forecasts.