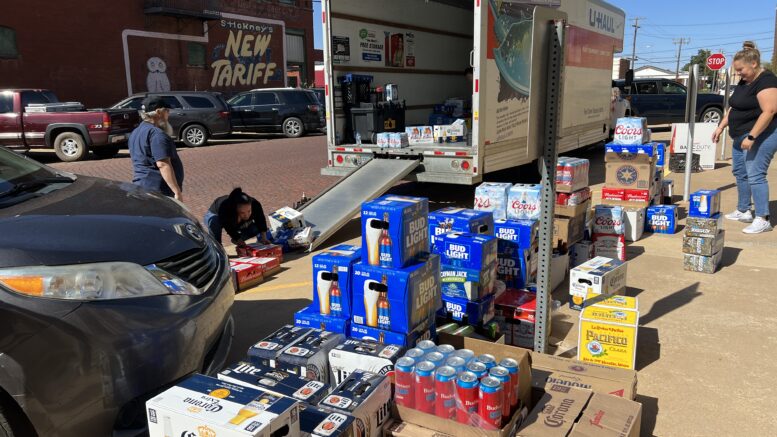 A Logan County convenience store will be without beer sales for the noticeable future after the Oklahoma ABLE Commission removed over 11,000 alcoholic bottles and cans.

The commission was seen Tuesday afternoon outside the Logan County Jail unpacking a moving truck full of beer, which was removed from Petty’s Pit Stop.

According to sources, the commission removed the merchandise due to an alleged expired liquor license.

With the merchandise being purchased with an expired license, the bottles and cans cannot be returned to the store even with a renewed license. Leaving the store out thousands of dollars.

Now, the merchandise becomes the responsibility of the Logan County Sheriff’s Office to store and not the state agency.

The Sheriff’s Office was notified of the seizure and is required to store the evidence, according to state law.

If the Sheriff’s Office did not have space to hold the content, they would be responsible to find a safe, secure location at their cost, if payment was necessary.

The jail and courthouse building are already limited in space, but now more room will need to be made for 11,000 bottles and cans.