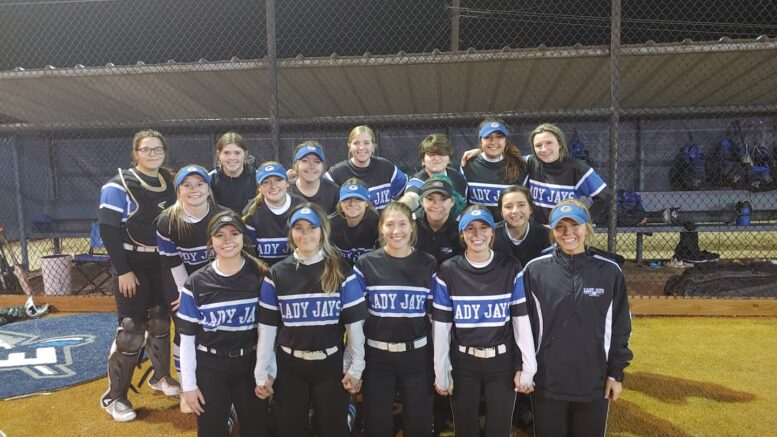 In the first ever season of slow pitch softball at Guthrie High School, the Lady Jays are off to a 5-1 start and just outside of the top 10 in the state’s highest class.

Guthrie played their first ever game on March 1 and not only won the contest, but made a statement by defeating Enid, 30-20.

“We came out swinging that’s for sure,” head coach Booker Blakely said following the win.

“Although 30 runs won’t happen much, hopefully the wins and fun does.”

Guthrie, playing in Class 6A, enters the first coaches rankings at No. 12. Southmoore is the top team followed by Moore, Broken Arrow, Westmoore and Jenks.

The team will next be in action on March 25-26 in the Hennessey Tournament.