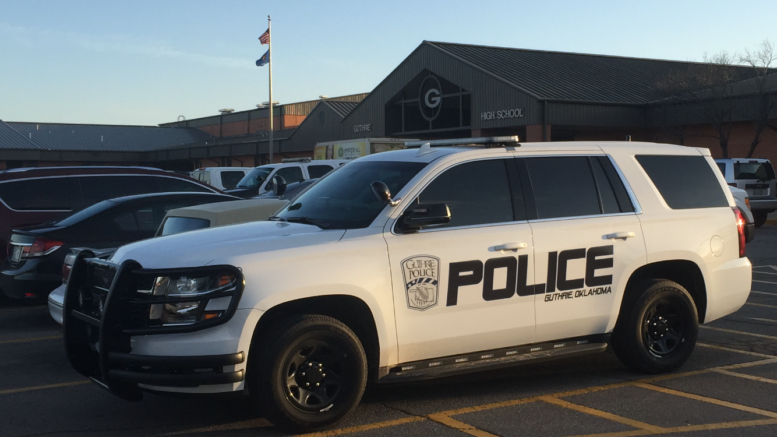 Updated on Jan. 18, 2022 — Sgt. Anthony Gibbs with the Guthrie Police Department said the department learned of the allegations on Jan. 14 at 8:30 a.m. by school officials.

The allegations, included a teacher who had sent photos of a sexual nature to a minor/student.

Gibbs said Shawna L. Kathrein was not on a school campus and did not return to the school between the time the incident was reported and the time of the arrest.

“The Guthrie Police Department would like to thank the Guthrie Public School District for their prompt notification, assistance and transparency during this investigation,” Gibbs said in the statement.

Updated on Jan. 18, 2022 — Guthrie News Page has learned a Guthrie school teacher has been arrested and charged in the case.

Shawna Leigh Kathrein, who taught math at Guthrie High School, was arrested and booked into the Logan County Jail on Monday night.

Her teacher profile is no longer on the school district’s website.

Kathrein, 43, of Crescent, was charged with engaging in sexual communication with a minor by use of technology.

For the second time this month, a Guthrie Public Schools employee is under an investigation of inappropriate behavior with a student.

The school district released a statement on Tuesday stating on Friday, January 14 Guthrie High School administrators received a report from a student that a teacher had been sending inappropriate messages by phone to another student.

School officials said the administrators questioned the student thought to be receiving the messages and immediately contacted the Guthrie Police Department, who is now investigating the case.

The district says the teacher has not been at school since Thursday. It was not announced if the teacher was on paid leave.

Still no word on that investigation from school or police officials.