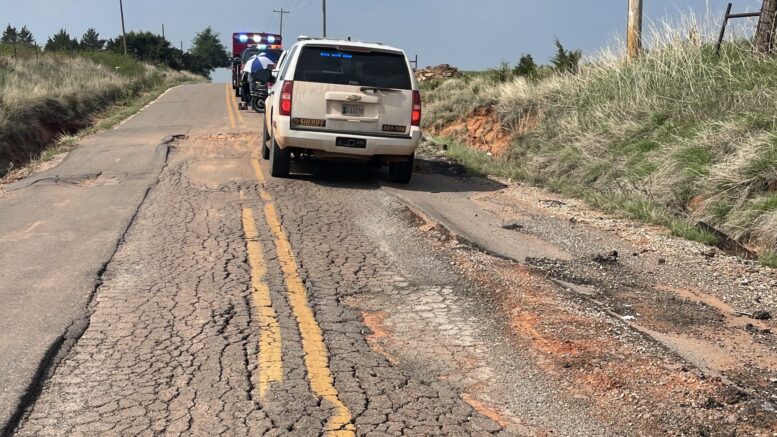 Updated May 10 at 9:20 p.m. — Guthrie News Page has learned the motorcyclist was treated and released from the hospital this evening, according to a report.

A deputy was first to arrive on the scene. The motorcyclist was alert and conscious, but was complaining of neck pain. The driver also relayed to the deputy that he believed the motorcycle may have rolled over on top of him, according to radio traffic.

A medical helicopter was put on standby, but later canceled.

Guthrie EMS arrived three minutes after the call was toned out, according to the EMS incident report, at 4:05 p.m.

The motorcyclist was treated at the scene and transported with lights and sirens to OU Medical Center.

At the time of this article, a traffic report was not available for the cause of the crash, or the condition of the driver.

There was no additional information made available on the medical conditon of the motorcyclist.

Be the first to comment on "Motorcyclist rushed to OKC hospital"