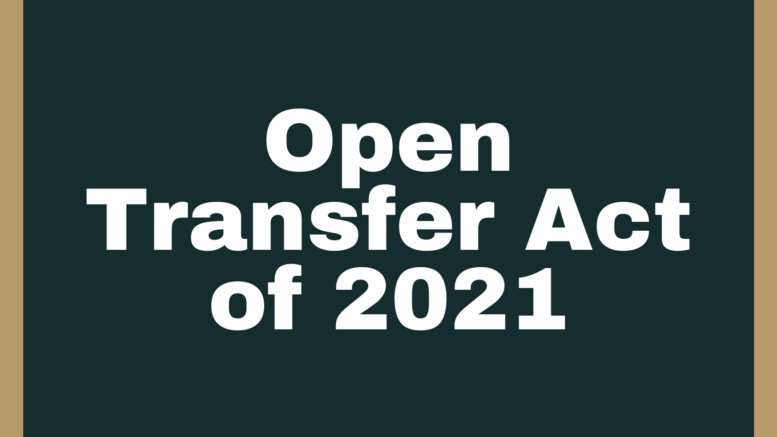 OKLAHOMA CITY – Rep. Brad Boles, R-Marlow, won committee passage of a bill that would allow Oklahoma students to transfer between public school districts at any time during the school year.

House Bill 2074, known as the Open Transfer Act of 2021, would cap the number of open transfers per student at two per year. It would also amend emergency transfer rules, removing current time restrictions that dictate when students can transfer and end a sending district’s ability to deny the transfer. Receiving districts would still be able to deny a transfer in some circumstances including a student’s disciplinary or absence record or if the district was at full capacity as publicly posted and defined by the local school district board of education.

“It is important to allow parents the ability to transfer their child to another public school if they feel that their current public school district is not adequately meeting their needs,” Boles said. “At the same time this gives our school districts local control by allowing them to set capacity limits and to deny transferability if a child has shown past discipline problems or attendance issues.”

HB 2074, is authored by House Speaker Charles McCall, R-Atoka. The measure was presented in the House Common Education Committee by Boles, a former school board member and a member of the committee.

In fielding questions on the bill, Boles explained that currently parents that make enough money may have more opportunities to relocate their residence to a different school district that they prefer. However, this bill will give more options to children whose parents cannot move and who may want their child to attend a different school instead of them being stuck in a school that currently is not meeting their needs. This includes districts that closed due to the COVID-19 pandemic and have not reopened for in-person instruction. Parents across the state have been very clear in this past year that they would like more public school options. Parents should not have to choose between quitting their jobs, paying for additional childcare costs or leaving their children at home unsupervised because current emergency transfer rules don’t allow the child to move to a district that is open.

“The reforms in this bill give power to the parents and will help us improve our student’s educational opportunities and outcomes, which is something we all want to do,” Boles said.

HB 2074 passed out of the Common Education Committee with a vote of 11-3 and is now eligible to be considered by the full House.