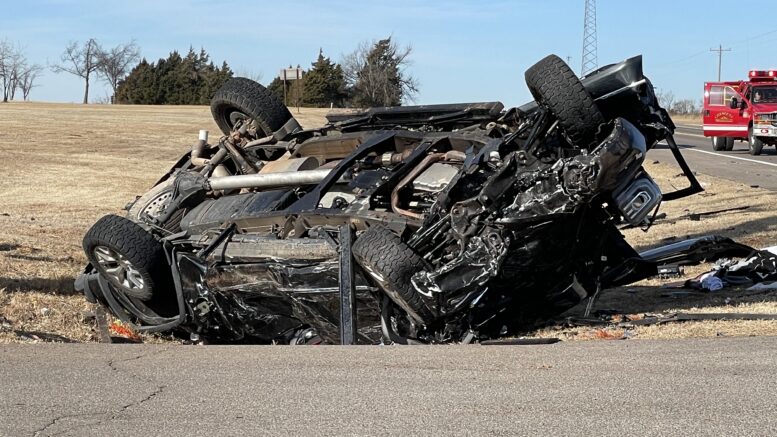 Updated at 12:30 p.m. — Guthrie News Page has confirmed one person has died from the result of the crash.

The female victim was revived at the scene, and mediflighted from Mercy Hospital Logan County. She died just before surgery at OU Medical Center.

The highway is now back open to traffic.

Updated at 9:30 a.m. — The second medical helicopter has been requested back to the scene to transport a second patient.

A three-vehicle crash Friday morning on Highway 33 has left two people injured and a portion of the highway closed off.

Emergency crews responded to the highway near Pennsylvania Ave. at 8:25 a.m.

The head on collision with two vehicles left one on fire and the other vehicle turned over on its top.

Two medical helicopters were called for, but one was canceled upon arrival.

Traffic is being rerouted at May Ave. and Western Ave.

The highway is expected to be closed off in the area for the next several hours as the Oklahoma Highway Patrol works the scene.

Be the first to comment on "Person dies from Highway 33 crash; highway reopened"