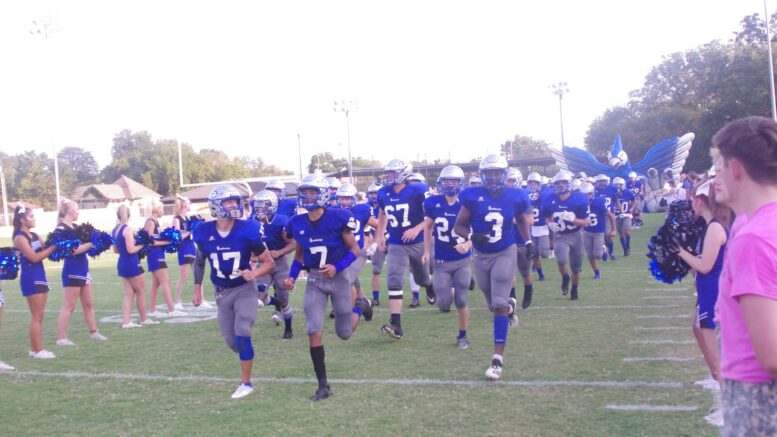 The Guthrie Bluejays travel to Lawton MacArthur for a second round contest Friday night. Both teams had first round byes.

Guthrie enters the game on a two game losing skid with a 5-2 overall record. On the other side, the Highlanders have won four straight and is carrying a 6-2 record.

The Jays finished third in district 5A-2 and the Highlander taking second in 5A-1.

The match-up will be the seventh meeting between the two programs with all seven coming in the playoffs.

The game can be viewed on Guthrie News Page YouTube (above this article) and heard on 93.7 FM KSPI. The pregame show begins at 6:30 p.m. and kickoff at 7 p.m.

Be the first to comment on "Playoffs: Guthrie Football at Lawton MacArthur"