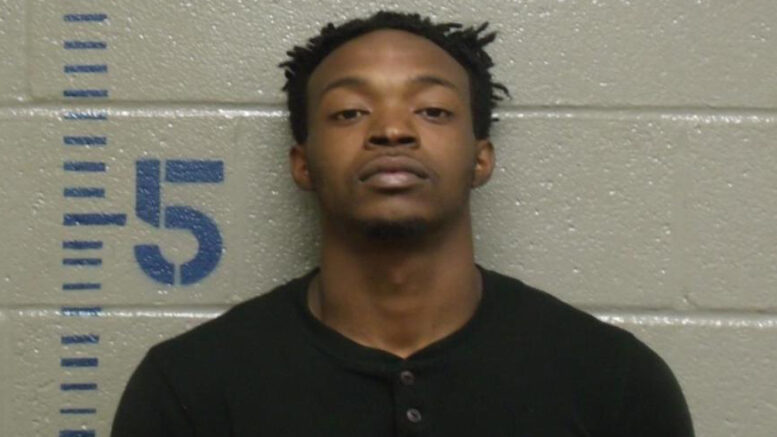 A man sits behind bars in the Logan County Jail after he reportedly strangled a woman and stole her vehicle. He was later apprehended in the parking lot of a local business.

Guthrie Police took a report from a woman, who said she and Christopher Jordan had gotten into argument inside her apartment complex. According to the victim, the argument led to Jordan strangling her, pointing a gun at her head and stealing her vehicle.

The firearm was identified as being small with a chrome slide and a red bandana wrapped around the grip.

The reported incident took place on Jan. 1 and reported to police on Jan. 2.

On Jan. 3, Jordan was spotted inside a local business where he was reported trespassing due to being caught stealing merchandise from the store.

Jordan, 28, was seen leaving the store with a female towards the vehicle that was reported stolen from the apartment.

An undercover officer made contact with Jordan and placed him into custody. A firearm described by the woman was recovered from Jordan’s left pocket, according to police. The serial number had been removed and the slide appeared to be filed down where the brand of the weapon was unable to be read.

In the other pocket of Jordan, a baggie with a clear substance inside tested positive for methamphetamine.

Jordan was charged with domestic assault and battery by strangulation, feloniously pointing a weapon, larceny of motor vehicle and possession of firearm while on probation.

Be the first to comment on "Police locate stolen vehicle; man accused of pointing firearm at girlfriend"