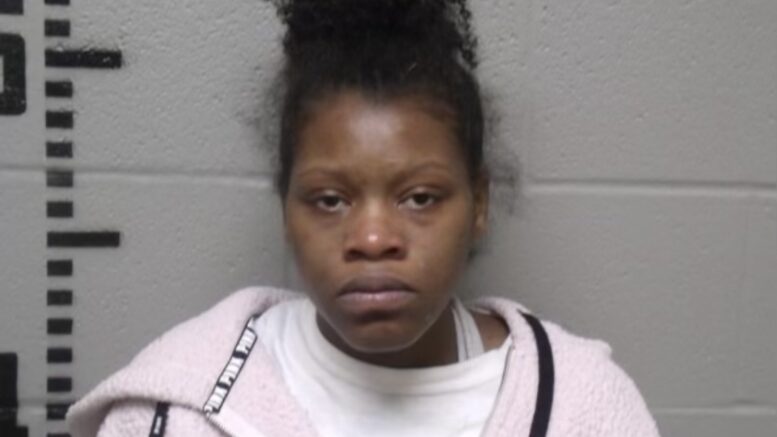 Tyronea Powell was booked into the Logan County Jail on a first degree rape charge.

Guthrie Police Department investigators arrested a 23-year-old woman after a teenager came forward and told them they had sex on multiple occasions dating back to last summer.

The investigation began in April this year after police were called out to a home in reference to the possibility of a 13-year-old boy that was found having sex with a female.

According to the homeowner, Tyronea Powell was a family friend who was down on her luck and did not have a place to live. She was allowed to live at the home for approximately two years.

On April 10, the homeowner was alerted by a person living in the home that they had observed sexual activity between Powell and the teen. When asked what they were doing, the witness said Powell pretended to be asleep, while the teen denied having sex.

In the first police interview with the teen, he denied having sexual contact. However, less than a month later, he reportedly had an emotional breakdown and told a family member that he indeed had sex with Powell on multiple occasions.

The teen told investigators the sexual activity began a year after Powell had moved into the home.

According to a police affidavit, the teen said they had sex between 10-11 times from the summer of 2021 until they got caught in April 2022. The teen admitted that Powell knew how old he was and was ashamed of the activity because he was 13 and she was 23.

The teen became emotional during his interview saying he knew it was wrong for them to have sex.

Police believe Powell is between seven to eight months pregnant. When the teen was asked if Powell was pregnant with his child, he shrugged his shoulders and said he didn’t know.

A DNA sample was taken from the teen so that it can be compared once the child is born.

Powell, who has been charged with first-degree rape, obtained an attorney and did not wish to speak to the police.

She was handed down a $20,000 bond and processed into the Logan County Jail before bonding out. Powell, who is not to have contact with the alleged victim, is expected back in court on July 28 at 9 a.m.