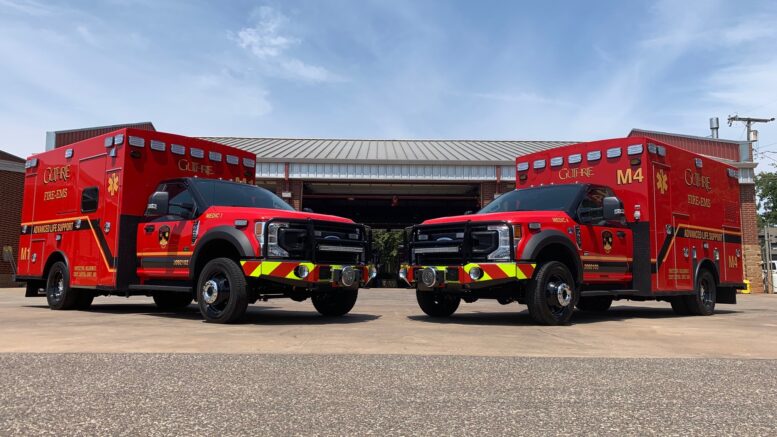 City officials are optimistic they may be able to land $8M in funding for an airport expansion and an added fire station for one of the fastest-growing counties in the state.

As part of the Fiscal Year 2023 appropriations cycle, Senator Jim Inhofe has made a number of requests to benefit Oklahoma, including funding from the Congressionally directed spending (formerly known as earmarks).

The spending has been the target of derision due to some cases of past abuses. At the same time, when implemented with the appropriate transparency and accountability, congressionally directed spending reflects a core aspect of our democracy, according to BPC Action. The Constitution delegates power over spending to the Legislative Branch, which allows federal lawmakers to direct resources toward constituent priorities and regional needs.

City staff has been pursuing direct spending requests that would benefit the community.

“We all know that Sen. (Jim) Inhofe has a fair amount of influence in D.C.,” City Manager Leroy Alsup told council members at the June 7 council meeting. “Most of his efforts are successful, but still a word of caution, it’s not guaranteed yet.”

It’s still to be determined if the final appropriations law will be passed and whether those requested projects will be selected from all the other projects that members of the Senate have requested.

If passed and approved, the City would construct a second fire and EMS station – site to be determined later but in the south part of the community – with an estimated price tag of $3.6M to construct and equip.

“The addition of this second station will allow for quicker response time to emergencies in the southern part areas of Guthrie and Logan County as well as lowering insurance premiums for properties in those areas,” Alsup said.

Currently, the City provides EMS services to approximately two-thirds of the county but is in the process of evaluating the ambulance service due to funding issues.

“Just providing fire service, within in our existing boundaries, as we continue to grow becomes more and more challenging with one fire station,” Alsup said. “Even at some point in the future we decide not to provide ambulance service out in the county, a second fire station will benefit us because the number of housing developments that have filled in where we have annexed in the past.”

The second part of the proposed funding would provide an airport apron expansion at the Guthrie-Edmond Regional Airport.

The project would consist of relocating the parallel taxiway in order to meet FAA runway separation standards. City officials said the pavement is coming to the end of its life cycle and will be time to reconstruct the taxiway pavement in the proper location.

With the taxiway relocation, the project would help with larger aircraft in the future.

Of the estimated $5M to complete the project, Guthrie and Edmond would provide nearly $260,000 each.

Be the first to comment on "City of Guthrie hoping to secure funding for second fire station, airport expansion"