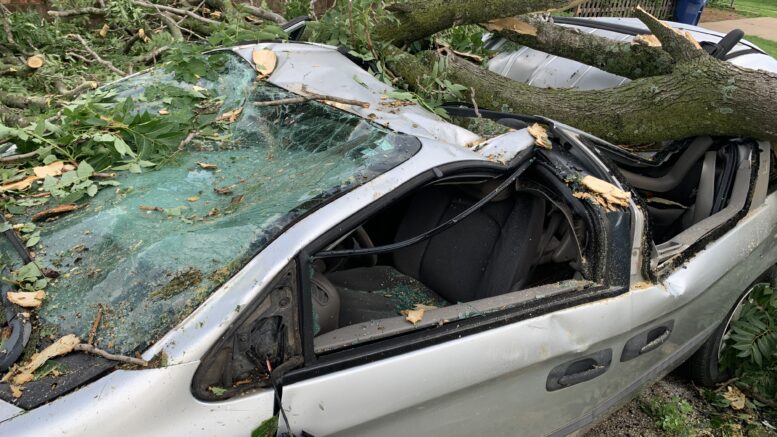 Some residents on Guthrie’s north side woke up and found their vehicles demolished by a fallen tree.

City of Guthrie’s Street crew was out Friday morning clearing the roadway of the 500 block of N. Broad after a large tree came crashing down covering the entire road and smashing three vehicles.

The storm also knocked out power to residents and businesses. The latest outage count Friday morning with OG&E was just over 100 customers.

Winds also appeared to have caused an electric pole on 11th Street (west side of Banner Park) to lean over the roadway. City officials are reaching out to OG&E to correct the pole. Motorists and pedestrians are encouraged to use caution around the area.

The official rain amount was recorded at .36 inches.

A dry pattern is setting up and will bring warmer temperatures in the upper 90s in the coming days.