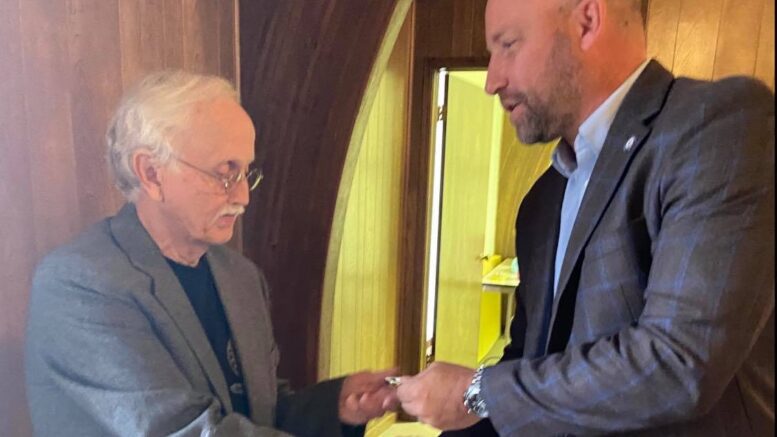 State Representative Garry Mize visited Noble Avenue Baptist Church and participated in a ceremony to recognize the Veterans in the congregation.

Mize presented each one with a Challenger Coin, which displays the state seal on one side and the doors to the Oklahoma House of Representatives Chamber on the other.

Traditionally, they might be given to prove membership when challenged and to enhance morale. They are also collected by service members and law enforcement personnel.

Modern challenge coins are made in a variety of sizes and are often made using popular culture references to include superheroes and other well known characters in a way that creates a parody.

Be the first to comment on "Rep. Mize honors Veterans with Challenger Coin"