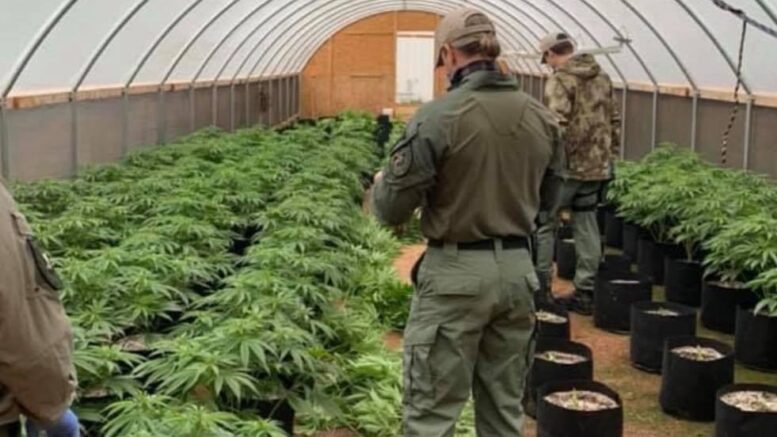 In June 2018, Oklahoma voters passed State Question 788 that legalized medical marijuana in our state. While the question overwhelming passed, it was left to the Legislature to make the program safe and workable. The executive branch is in charge of executing both the will of the people as expressed in the ballot language as well as the laws passed by the Legislature. The Oklahoma Medical Marijuana Association (OMMA) was established under the Department of Health to carry out regulatory day-to-day functions.

Since the passage of SQ788, the growth of this industry quickly overwhelmed the regulatory agency. Since the state question had to be implemented 90 days after passage, the state government has been playing catch up. The state House and Senate have passed many laws to ensure public safety within this industry. Due to the nature of controlled substances, regulating medical marijuana without strict oversight can lead to things quickly getting out of hand, which is where we find ourselves now.

One of the many threats we currently face is the eruption of grow houses across our state. Many of these are financed through dubious means and true ownership is from foreign entities. I have been working with the secretary of state to close the loophole in our limited liability corporations’ filing procedures that have allowed these nefarious actors to exploit our laws. I also have been in close contact with the attorney general’s office as they work to investigate some operations that choose to act outside of the law and oversight.

As a sign of hope for many of us that are worried about this problem, starting last week the Oklahoma Bureau of Narcotics and Dangerous Drugs (OBNDD) has conducted a series of raids on medical marijuana entities operating outside the confines of the law. Arrests will be forthcoming. These actions should send a loud message that we will no longer be turning a blind eye. I would like to say thank you to OBN for their outstanding work, and I look forward to more headlines in the future.

On the legislative front, several solutions are currently proposed, but the one I feel could have the largest impact is House Bill 2674 by Rep. Jon Echols, R-Oklahoma City.  This bill will take OMMA out from the bureaucracy of the health department and combine OMMA with the ABLE Commission.  This will allow OMMA to keep more of the money they currently receive from licensing fees of dispensaries and grow facilities, which will allow those dollars to go toward enforcement. OMMA will be able to increase the number of inspectors from single digits to upwards of 200 officers by the end of the year.

As I have often said, laws are only as good as our ability to enforce them. Even though we started off on the wrong foot, we are moving forward and building a framework to protect Oklahomans. This fight is far from over, but if we keep pushing we can weed out these bad actors and keep our state from being overrun.

I would encourage anyone with concerns about facilities or operations near them to contact OBN.

If I can do anything to help or to get you information, please feel free to reach out to my office at (405) 557-7332 or email me at john.pfeiffer@okhouse.gov.

Be the first to comment on "Rep. Pfeiffer: Weeding out the bad actors in medical marijuana"