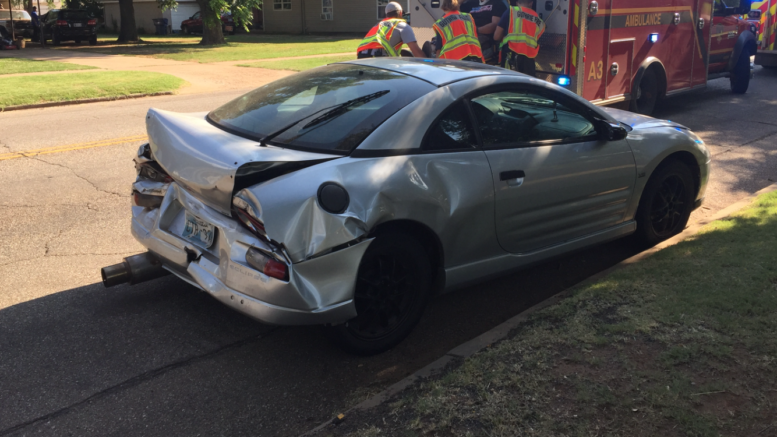 One person was taken to an Edmond hospital after he was sandwiched between an 18-wheeler and a SUV. Another driver said he feared he was going to be in a traffic accident one day at that intersection. Unfortunately, that became a reality on Tuesday evening. 18 wheeler accidents are always very serious so we wish a speedy recovery for everyone involved.

Emergency responders were dispatched to 16th and Noble Ave. just before 5:30 p.m. for a three vehicle accident.

According to witnesses at the scene, a red GMC Envoy was attempting to make a turn onto 16th St. from Noble. Immediately behind the GMC was a silver Mitsubishi Eclipse. As they waited, a semi-truck rear-ended the Eclipse and forcing it into the GMC.

The driver of the Eclipse was taken to Integris Health Edmond with complaints of neck and back pain.

The driver of the GMC, who was driving home from work, was not injured. However, he fears soreness will soon be coming.

Noble Ave. between 16th and 17th was shut down for approximately 45 minutes with police rerouting traffic onto 16th and 17th streets.

The Eclipse, which suffered front-end and rear-end damage, was towed from the scene while the GMC and semi were able to drive away.

Be the first to comment on "Semi-truck begins three vehicle accident on W. Noble"