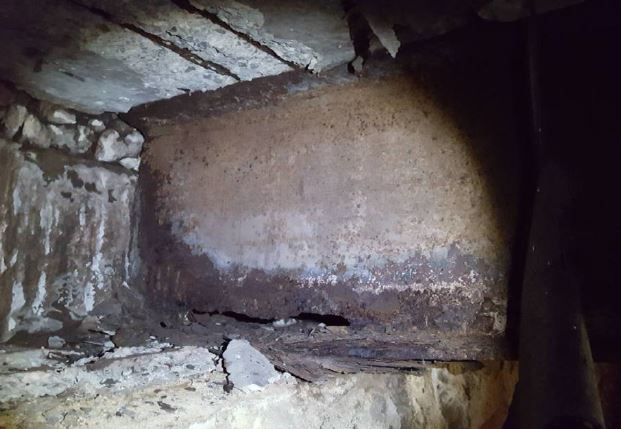 Updated on June 30 at 12:02 p.m. — Portion of downtown road closed down due to inadequate underground bridge

It’s a bridge that many motorists do not know they are driving over in downtown Guthrie, but following a recent inspection a weight limit has been established for the deteriorating bridge.

Due to findings during an annual Fracture Critical Inspection on the bridge structure at Harrison Ave. and Wentz St., there has been a reduction in the weight limit posting from 12 tons to a maximum of three tons.

The weight limit signs were posted on Tuesday afternoon.

The bridge, which lays below Harrison Ave. and over the facility storage of Jelsma Stadium, was built-in the 1930’s as part of the WPA project.

“It’s been deteriorating for a number of years,” City Manager Leroy Alsup said.

According to the inspection company, H. W. Lochner, who is contracted by the Oklahoma Department of Transportation, the three-span structure consisting of a steel beam superstructure with steel pier beams has significant section loss to a number of the steel beams. 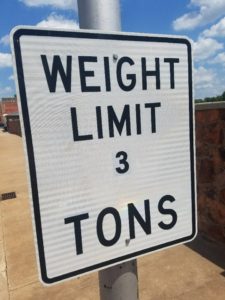 Street Superintendent Tenny Maker and City Engineer Bill Myers are expected to meet on Wednesday. Maker has requested two estimates: cost to make repairs and the cost to eliminate the bridge totally.

According to the inspection report, three adjacent beams at each abutment near the centerline of the roadway, have 100 percent section loss in the web of the beam for a length of 12 to 26 inches along the beam.

Inspectors say the findings raise serious doubts about the beams’ structural capacity to support the deck above them.