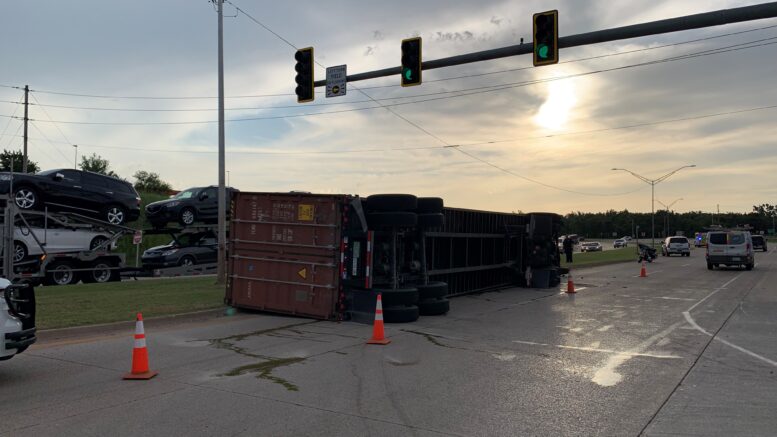 A semi-truck driver was lucky to avoid any major injuries after rolling his truck over onto it’s side Thursday morning.

Guthrie police and fire responded to the single vehicle rollover — just east of I-35 — on State Highway 33 at 7:20 a.m.

Police said speed likely played a factor as the driver attempted to turn east onto SH-33 from the I-35 off ramp.

Eastbound traffic was held up for a short time while wreckers got the truck back onto it’s wheels and towed from the scene.