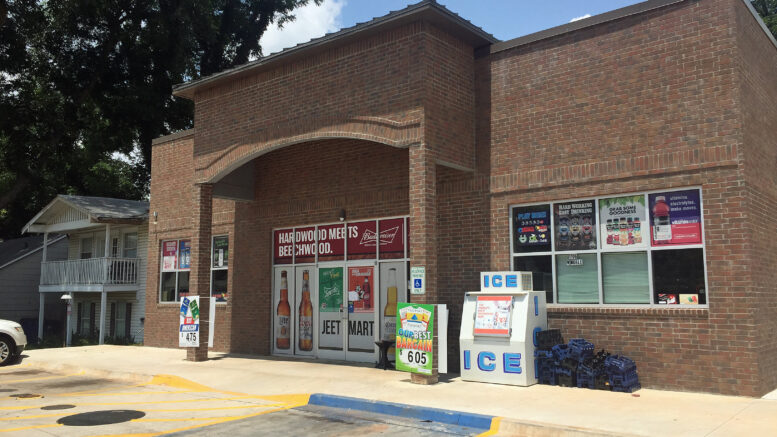 A Guthrie convenience store owner is facing a slew of charges involving food stamp trafficking at his business. An inspector general has found nearly $10,000 in illegal purchases, including drugs, with government issued money.

An agent with the Oklahoma Department of Human Services, assigned to the Food Stamp Trafficking Unit, interviewed seven people who admitted they received items such as cigarettes and fuel with their SNAP (Supplemental Nutrition Assistance Program) benefit’s card at JEET Mart, which is located at 1106 W. Noble Ave.

The owner of the store, Manjit S. Hayer, also known as Gee, was charged on Wednesday afternoon on seven counts of trafficking food stamps.

A court document states Hayer gave customers cash, gas or cigarettes in exchange for SNAP benefits by swiping their SNAP EBT card and entering their pin number. Hayer would later remove the “extra” benefit from the account in return for cash, gas, cigarettes or other ineligible merchandise.

In a voluntary handwritten statement, one customer admitted he received $1,662.48 worth of gas, cigarettes and other ineligible items in an 11 month span with his SNAP benefits.

Another customer said she was allowed to buy household (non-food) items with her SNAP card at an inflated price.

“He always charged her more for her purchases when she used her SNAP EBT card,” the agent reported.

The female customer says “Gee” would allow her to charge her merchandise for the entire month until the EBT card was reloaded for the monthly benefit. She agreed that she spent $4,444.20 in benefits from January 2018 to June 2019.

Another customer says not only did she buy cigarettes with the card but purchased drugs.

Another customer said Hayer would “round up” the total price to take more benefit than the purchase price of the merchandise.

Most of the customers said they never received a receipt for the purchases even when they would ask. One customer said she believed he (Hayer) did so to hide the total amount debited from the SNAP account.

Another customer said they knew it was wrong, but Gee made it so easy.

In total, the seven customers interviewed admitted to the illegal use of the program that tallied up to $9,542.40.

All seven clients accepted a one year disqualification from the food stamp program for the Intentional Program Violation.

An employee told the investigator he was asked by Hayer to participate in the illegal action but refused to do so. The employee says they were aware Hayer would allow some customers to make the illegal purchases and used the proceeds to buy merchandise to resell at the store.

Hayer reportedly allowed customers to buy merchandise on credit and pay off the debt with their SNAP card when funds became available each month.

Jeet Mart was authorized to use the SNAP program on December 14, 2017 by the USDA (United States Department of Agriculture).

If found guilty, Hayer faces up to two years imprisonment and a fine up to $5,000.

Hayer is facing additional charges of unlawful delivery of a controlled dangerous substance after the Guthrie Police Department executed a search warrant on Jeet Mart.

In late June, police officers were informed a possible suicidal female had purchased $500 of prescription pills from the store’s owner Hayer (Gee).

The witness followed the two inside the store and could hear money being counted from the office. The female left the the office with the envelope and was quickly snatched by the witness, who found it full of prescription pills and demanded Hayer to give the cash back.

According to detectives, Hayer was in possession of meth in his office and is the only person to have a key to the room.

The report goes on to say Hayer admitted to police that the envelope contained an unknown pill and that he was paid $500.

Jeet Mart was seen closed early in the week following the warrant search, but was opened back up for business on Wednesday.