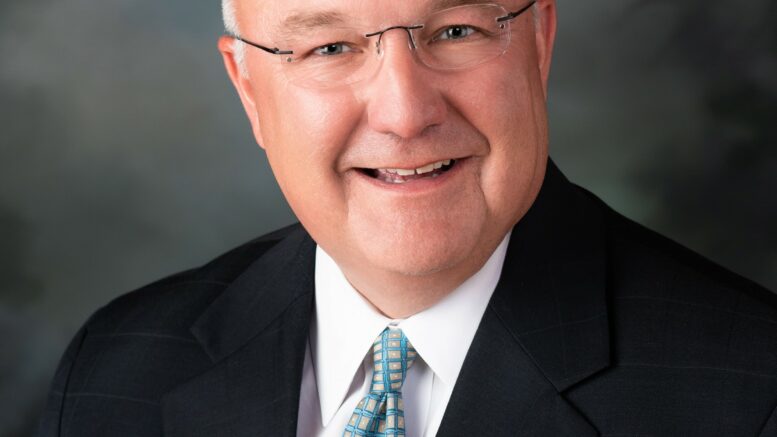 It has been almost a month since we had our bond election and I’m still excited for the message our community sent about the direction of Guthrie Public Schools.

My office has a storage closet near my desk. Shortly after I became Superintendent, I went through the contents of the closet and found a collection of newspaper articles that were distressing. They were very negative about the school district and seemed to highlight every misstep as well as active campaigning against bond issues for many reasons. Some even contained advertisements highlighting staff members who didn’t live in the district as a reason to vote against the bond issues.

There were also similar arguments that this community has heard for many years from a small number of people who are philosophically opposed to bond issues based solely because they believe property tax shouldn’t exist. This negativity led to many failed elections along the way and placing our district far behind what is acceptable for our students with regard to technology and facilities.

I remember telling the Guthrie Chamber of Commerce Board of Directors in 2012 that $100 million dollars in facility improvements would only be a start to close the gap of our facilities between our peers. Later in that school year, we convened our first Long Range Planning Committee. I encouraged that group with the analogy of eating an elephant one bite at a time.

In May of 2015 we took a big step by passing the largest bond issue (at that time) in the history of our school district. A huge component of that bond issue was building what is now Charter Oak Elementary. Completion of that school with its location in the southern portion of our school district would position us to return to neighborhood schools for the first time in 50 years. This has allowed us to trim transportation costs and lower the amount of time students spend riding a bus to and from school.

Fast forward to April 2 of this year and the patrons of our district stood up to affirm their support for our students with passing a $19.25 million bond issue with over 70% support. I said on the night of the election that we garnered the support of this community by keeping our word as we delivered what was promised. It doesn’t go unnoticed to our staff that many of our supporters will never have children or grandchildren in our school, but they accept their moral obligation to provide for those that follow.

Interestingly, I’ve heard from numerous realtors (both locally and regionally) about the changing perception of our community from those who live elsewhere. One of the key goals that many organizations who support Guthrie share is the hope to create a community where our children will want to live after they are grown.

Because of our late start, we’ve had one of the shortest school years I can remember. I’ve watched our staff and parents display amazing flexibility as we smoothed out the rough spots early this year with the transition to neighborhood schools. As we look back at the miles we have traveled, it is truly hard to believe how far we’ve come. We have started to make visible progress as we continue to take bites out of that elephant.

Be the first to comment on "Superintendent: Taking one bite at a time"