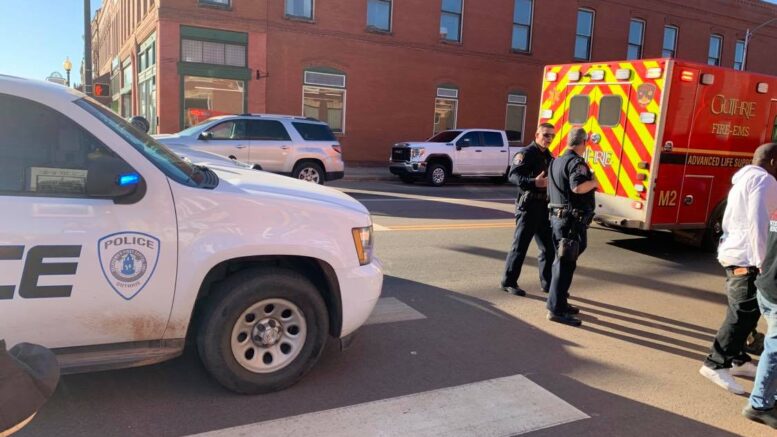 A Guthrie teen was transported to the local hospital on Wednesday evening after being struck by a vehicle, while attempting to cross an intersection.

Just after 5 p.m., Guthrie EMS and police were dispatched to the intersection of Oklahoma Ave. and Division St. for an automobile – pedestrian accident.

The teen attempted to walk across Division St. on Oklahoma Ave. after being prompted by the digital pedestrian sign. At the same time, a black SUV was turning northbound – with a green traffic light – from Oklahoma Ave. onto Division St. The driver did not seen the pedestrian and struck the male.

The teen was transported to Mercy Hospital Logan County with minor injuries, including both ankles and multiple scrapes and bruises.

Traffic was diverted for several minutes until the scene was cleared.

City officials have attempted to create bump outs along Division St. throughout the downtown area that would provide a more friendly path for pedestrian and bicyclists. However, the state’s historical society has voted against the (TAP grant) concept on multiple occasions.

The final concept of the grant, provided by the Department of Transportation (ODOT) has not been formally approved at the current time.