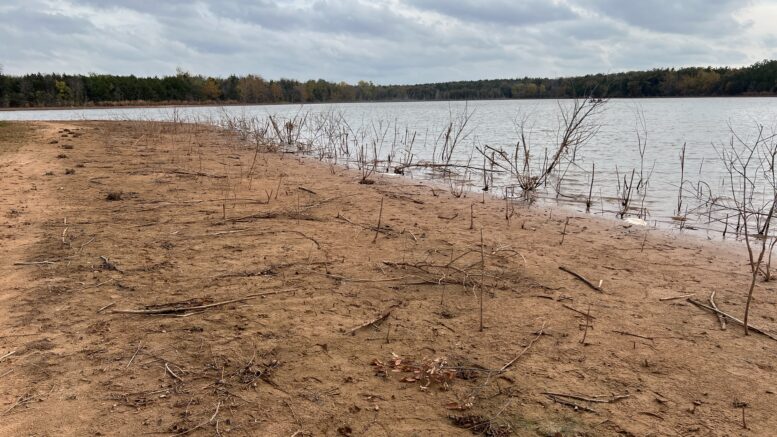 Three families are coping with the loss of a loved one as three men recovered after an airboat had flipped into the water.

At 1:05 p.m. on Tuesday, emergency crews were called out to the Guthrie Golf and Country Club (just off State Highway 105) for three people that were unaccountable.

A witness attempted to make their way to the men but was unable to reach them in time.

Firefighters with the Guthrie Fire Department deployed their boat and attempted to find the men. The witness was able to give firefighters an accurate location of where the boat was at.

A media helicopter flew above the waters – as well as in the nearby wooded area – but was unable to locate.

The Oklahoma Highway Patrol took over the search and located the first body just before 6 p.m. by using a Sonar. The other two were found a short time later.

The bodies were turned over to the Medical Examiner’s Office.

OHP and Guthrie firefighters were back on the lake waters Wednesday morning to recover the boat.

Investigators say none of the men were wearing a life jacket. An official cause of the incident has not been released but early indications are strong winds may have played a factor.

The identities of the men have not been publicly released, but an outpour of support has been shared on social media for the three individuals.

A gather and pray event has been set up for Wednesday (Nov. 9) at 6 p.m. inside Mineral Wells Park.