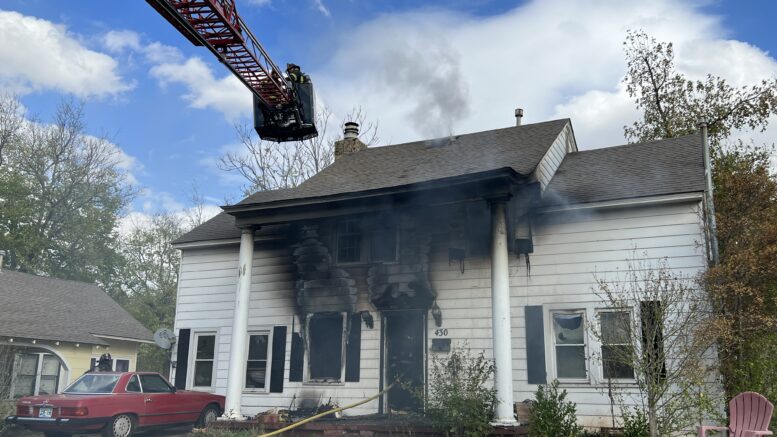 A home was destroyed Wednesday afternoon after flames and smoke took over inside the structure.

The Guthrie Fire Department responded around 1 p.m. to the 400 block of N. Park Street. Upon arrival, heavy smoke was seen coming from the home.

The homeowner had just left the home when the home went up in flames. Nearby neighbors and a Guthrie police officer helped assist the elderly lady as she sat and watch firefighters put out the flames.

Fire Chief Eric Harlow says the fire appears to have started on the first floor and worked its way up. An official investigation will soon be underway to determine the cause.

Along with Guthrie, Coyle firefighters and the Logan County Sheriff’s Office assisted with the scene.

Be the first to comment on "Video: Fire destroys home on Park Street"