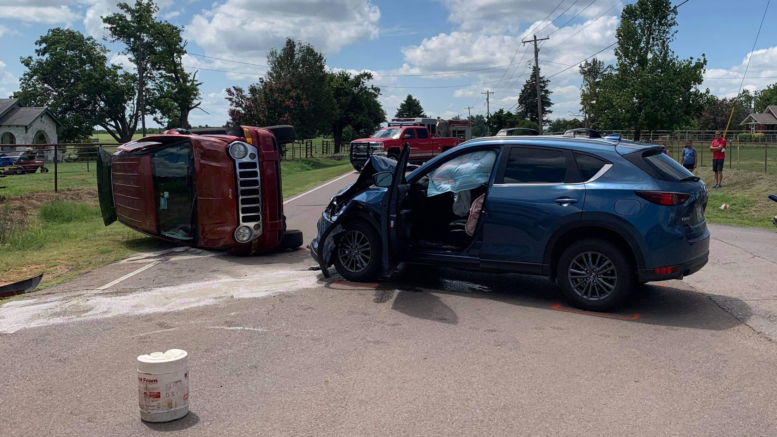 A two-vehicle accident shut down Sooner Road for half a hour on Friday afternoon.

Initial reports at the scene indicated a red Jeep was eastbound on Forrest Hills Road and failed to yield at a stop sign and collided with a blue Mazda, who was traveling southbound on Sooner Road.

The Oklahoma Highway Patrol is working the accident and have not released their report as of Friday afternoon.

The impact caused the Jeep to land on its passenger side. Both vehicles were left with heavy damage and towed away.

Sooner Road was closed off for both directions for approximately 30 minutes.

Three people were treated at the scene for minor injuries. All three refused transport by Guthrie EMS to the hospital.