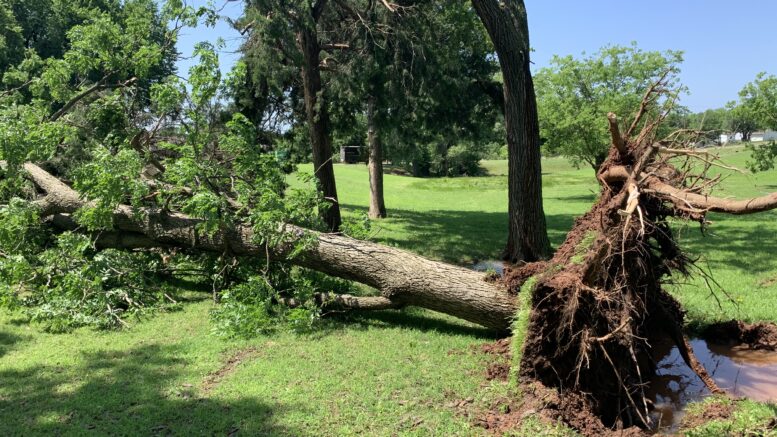 This tree in front of Guthrie Upper Elementary School was uprooted during the early morning storms.

It was an early morning for several Logan County residents as thunderstorms pushed across the county and leaving many without power.

The county was under multiple thunderstorm warnings that brought heavy winds and rain before 5 a.m.

According to weather data, winds gusted up to 81 mph in the northwest portion of the county. The highest gust in Guthrie was measured at 41 mph.

Nearly 400 OG&E customers in Crescent went without power. After leaving Crescent, the storm knocked out over 1,300 power customers in Guthrie.

Uprooted and damaged trees were left for citizens and City of Guthrie crews to clean up, particulary on the northern part of the city limits.

Guthrie officially collected .96 of an inch of rain.

Be the first to comment on "Thunderstorm leaves many without power, down trees"