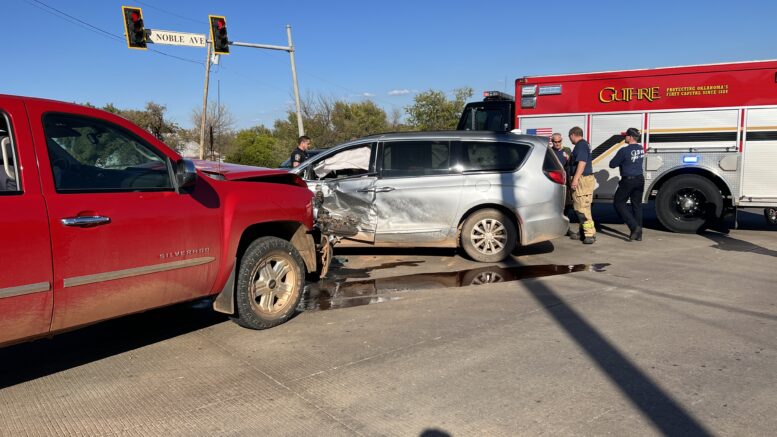 A two-vehicle crash sent four children and an adult female to the hospital Tuesday afternoon.

At around 3:30 p.m., Guthrie police and EMS responded to Noble Ave. and Pine St.

Upon their arrival, they found the two involved vehicles in the middle of the intersection.

Traffic was slowed down in both directions for approximately 30 minutes until the vehicles were towed from the area.

According to witnesses, a red Chevrolet Silverado was traveling eastbound and ran through a red stop signal, and crashed into a gray minivan that was traveling northbound through the traffic light.

The female and four children in the van were not seriously injured but were transported by EMS non-emergency to the local hospital for a full evaluation.