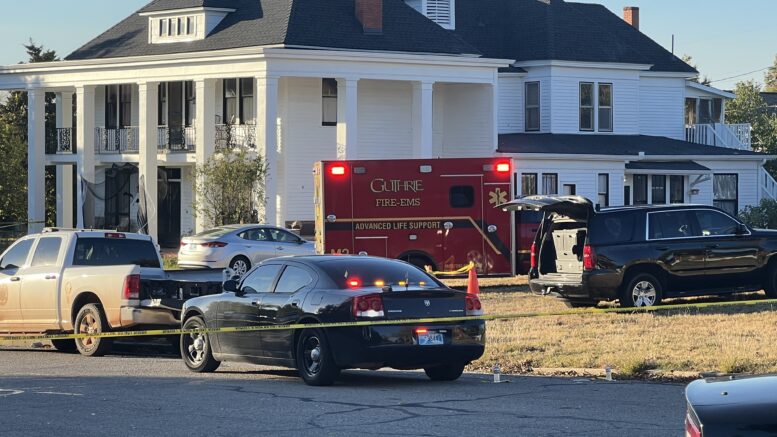 A man was air flown to an Oklahoma City hospital after being shot multiple times by local law enforcement. The shooting appeared to happen after the man raised his rifle at the officers.

The incident took place in the 600 block of E. Warner at the intersection of Maple St.

An off-duty Logan County deputy dispatched on the police radio that a man had pointed a rifle and that the man and a woman went inside a home.

A Guthrie police officer arrived shortly after and informed dispatch to alert the Special Response Team for a possible standoff situation.

Soon after, the man came from the home wearing a bulletproof vest and coming toward the Guthrie officer and Logan County deputy. That is when the suspect raised his rifle at the officers. The man was reportedly shot three times by officers.

A doctor with Heartland Medical Services and Guthrie EMS was nearby and were on the scene soon after the incident occurred.

The medical teams began working on the suspect until a medical helicopter arrived at the scene.

The condition of the man is not currently known.

A woman, who was with the suspect, was seen taken from the scene with officers. It’s unknown what her role is in this case if any.

The Oklahoma State Bureau of Investigations is leading the investigation.

The names of the officers were not released. There were no other injuries reported at the scene including officers.

Guthrie News Page will have more details on this case as it becomes available.