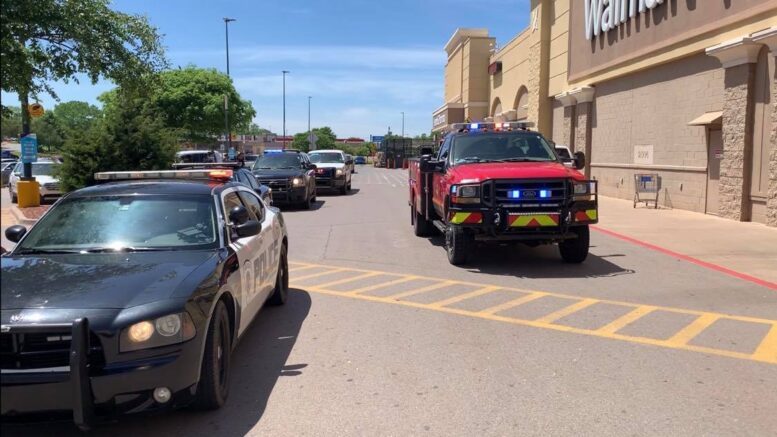 One person has been detained after two people were shot Thursday afternoon in the Guthrie Walmart parking lot.

According to police, officers responded to a shooting in the parking lot following an altercation involving three people, including two males and a female.

A witness was able to capture a black male driving off in a red, flat bed truck after the shooting. Watch the video.

The suspect drove the vehicle to the Guthrie Fire Department so that the female could receive medical assistance.

The male identified at the scene, at Walmart, was then detained by police.

A witness tells Guthrie News Page the woman was accidentally shot by the man she was with and that is when the suspect turned the gun onto a white male, who suffered a gun shot wound to his back.

No names have been released.