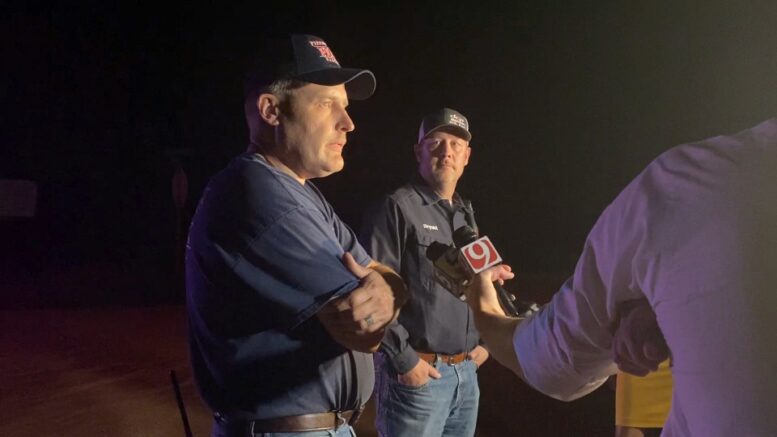 A large fire that can be seen from miles away, including in Guthrie, happen Wednesday evening near Piedmont.

Emergency crews from several fire and law enforcement agencies responded to the area of NW 248 and Piedmont Road, which is three miles outside of Piedmont in Kingfisher County.

The fire was the result of an apparent gas line explosion approximately at 8:30 p.m.

The 12-inch pipeline runs under Waterloo Road near Piedmont Road. The explosion created a crater (estimated 35 feet long and 20 feet wide) across the roadway.

The flames were reported over 100 feet in the air and could be seen miles away.

In a prepared statement, Bryant McDowell, who is the Health and Safety Manager for DCP Midstream, said the incident was isolated to the area.

“DCP experienced a natural gas pipeline release due to unknown causes. Safety is our number one priortity.”

McDowell said there were no injuries reported at the scene.

He added, “the release has been isolated.”

Be the first to comment on "Video: Gas line explosion near Piedmont could be seen in Guthrie"